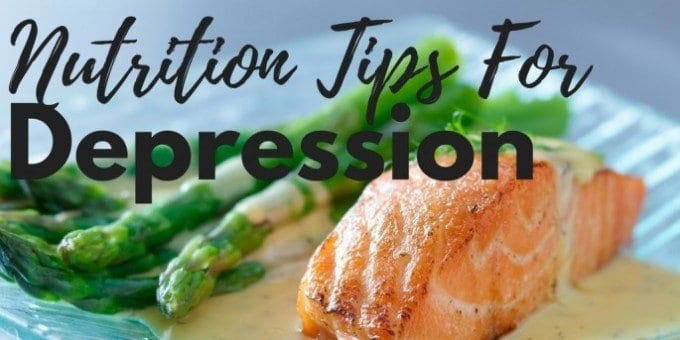 The story of nutrition and depression is very much the story of the chicken and egg, which came first? Lack of appetite, poor dietary choices, and strong preferences for sweets often contribute to inadequate nutrition in those struggling with depression. However, a number of nutritional deficiencies can also result in depression.

Neurotransmitters are like little chemical text messages eliciting communication by binding to receptors in the brain. Serotonin, dopamine, noradrenaline, and γ-aminobutyric acid (GABA) are examples of neurotransmitters you may have heard of, and a lack of them has been associated with depression. Furthermore, certain key dietary components are known to interact with neurotransmitters by promoting an increase or decrease in the levels of their activity.

60% of the brain’s dry weight is fat and under optimal conditions 25% of this is an omega 3 fatty acid called docosahexaenoic acid (DHA). Adequate DHA is essential to maintaining neurotransmitter function, for example, adequate levels of serotonin and dopamine are dependent on DHA levels. DHA is not a common component in food, it is typically found in frozen fish sources and marine algae.

Chickens who are fed flaxseed typically produce eggs with more DHA in the yolk than conventional fed chickens. Pasture centered cattle as well as wild game have a higher tissue content of omega 3 fatty acids than conventional meat. Other forms of Omega 3 fatty acids such as alpha linolenic acid (ALA) and eicosapentaenoic acid (EPA) can be converted into DHA, however the conversion is thought to be relatively inefficient. ALA is rich in foods such as flaxseed and walnuts. EPA is primarily found in marine sources.

Omega 3 fatty acids primarily elicit an anti-inflammatory effect in the body, where as omega 6 fatty acids primarily elicit an inflammatory effect in the body. The standard American diet has an estimated ratio of more than 17:1 omega 6 to omega 3, research estimates have shown more optimal would be less than 4:1, respectively. One theory is that excess inflammatory chemicals such as cytokines interact with proteins in the brain to cause damage and symptoms of depression.

The war on saturated fat has further increased the amount of omega 6 in the diet by promoting omega 6 rich oils such as safflower, soybean, and grape seed. Vegan and vegetarian diets that lack marine source of omega 3 need to be especially diligent about the ratio of omega 6 to omega 3 consumed.

Amino acids are the building blocks for all protein related functions in our body and are required to synthesize certain neurotransmitters. Tryptophan is needed to make serotonin as is tyrosine, a precursor for dopamine. Methionine and phenylalanine have also demonstrated potential relief of depressive symptoms. This indicates that getting enough protein and enough of the right amino acids should be the focus in a nutrition plan designed to combat depression.

When ingested, carbohydrates trigger the response of insulin in the body. Insulin is like the key that unlocks the door to the cell allowing sugar to enter and be used for energy. At the same time insulin also triggers the production of tryptophan, which is a precursor to the neurotransmitter serotonin. Long term, very low carbohydrate diets are considered a potential precursor to depression. We recommend eating nutrient-dense carbohydrates that nourish the body without spiking insulin.

Vitamins B12, B6 and Folic Acid are important for neurotransmitter production. Low intakes of these nutrients have been associated with depression so it may be wise to ensure you are getting enough of these three vitamins. Poultry, meat, eggs, seafood and whole grains are rich in B vitamins.

• Decrease omega 6 based oils in your diet such as safflower, sunflower, grape seed and soybean oil.

• Opt for monounsaturated or natural saturated fat sources such as coconut oil, avocado, and olives.

If you are depressed, take a look at what you are eating and see where changes can be made.